Was That Sunroom Permitted?

As if mortgages weren't already dificult enough to get, now comes a new wrinkle for home buyers: trouble with unpermitted sunrooms, room additions and pools.

I've had several transactions this year that have threatened to terminate because of unpermitted work. It seems that appraisers are now required to note whether or not improvements have permits on file or not in their appraisal reports. The problem is, the city of Albuquerque did not start keeping good records until 1978, so finding a permit for any work performed before then is virtually impossible.

I feel bad for appraisers, who, thanks to federal regulations, already work for less money than they used to. Putting the additional burden of searching for permits doesn't seem fair. 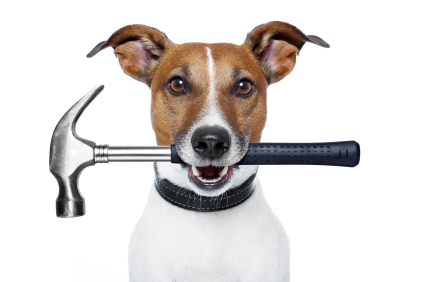 Here's where the wrinkle comes in. You find a house to buy and make an offer, the appraisal comes in after about two weeks, but then the mortgage company, instead of having the underwriter review the file, lets it sit until the entire file is complete. Sometimes it's not looked at until a day or two before closing. Then the underwriter finds the problem in their final review and then major headaches begin.

The first time I encountered this issue was back in March. I had a listing with an inground pool and sunroom addition. The appraiser looked for permits but couldn't find any, I'm guessing because the work was done in the early 1970's. Apparently the underwriter  didn't look at the appraisal until the day before the scheduled closing and the lender would not lend on the house. After several days spent in limbo, with a moving truck on the way, the mortgage company had to pull the loan from one lender and send it to another lender. This caused a delay of about two weeks and the necessity of scrambling to get a storage unit.

Can you imagine having all your personal items and furniture packed and on the way to Albuquerque, then finding out that you're not going to close for two weeks? Incredible.

Anyway, once we switched lenders, we needed to have a licensed contractor go out to the house inspect the improvements and ceritfy that they were done to code and in a workman like fashion. That was the only way we could get lender #2 to take the loan.

What if the work had not been to code or constructed in a workman like manner?

So whether you're a home owner considering doing a large DYI project or a buyer looking for a new house, watch out for unpermitted work. It can cause a big problem getting a mortgage, and that's not good whether you're buying or selling.